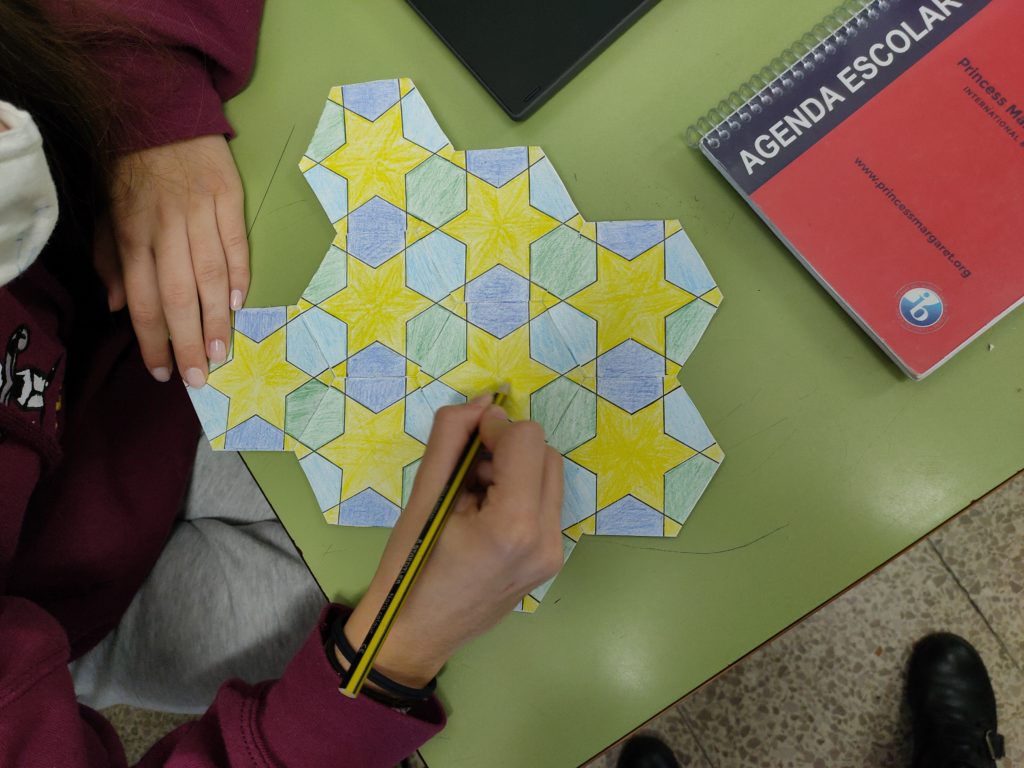 During this summative task, students’ goal was to create an Islamic geometric drawing with the given instructions and finally tesselate it to produce a colourful and complex design.

Many Islamic designs are built on squares and circles, typically repeated, overlapped and interlaced to form intricate and complex patterns. A recurring motif is the 8-pointed star, often seen in Islamic tilework; it is made of two squares, one rotated 45 degrees with respect to the other. The fourth basic shape is the polygon, including pentagons and octagons. All of these can be combined and reworked to form complicated patterns with a variety of symmetries including reflections and rotations. Such patterns can be seen as mathematical tessellations, which can extend indefinitely and thus suggest infinity. They are constructed on grids that require only ruler and compass to draw. Artist and educator Roman Verostko argues that such constructions are in effect algorithms, making Islamic geometric patterns forerunners of modern algorithmic art.

They have been able to achieve fantastic results!